Something as simple as laundry has to be so freaking complicated, doesn’t it?

The first thing I always hear after a load is done with new clothes in it is, “Why did you shrink this?”

I didn’t shrink it. If something that’s already been “pre-shrunk” (pre-shrunk, my ass) can’t be washed in cold water with cold rinse and dried on low (i.e.: you have to dry it 5 times before it’s actually dry), then how is it my fault?

Why can’t I take it back to the store and say, “hey, this shirt freaking shrunk and it’s already been pre-shrunk. I want my money back.”

At least, couldn’t they put a guideline on the garment saying it will shrink up 13% or something? Why are there no repercussions?

I’m very careful when it comes to laundry, but damn if everything doesn’t shrink during the first wash. There’s no “colder” way to wash the clothes than the way I’m doing it.

And why the hell do the clothes shrink up to be SHORTER? The last 3 shirts I’ve bought for me and Jason have been so long in the store and then have shrunk at least 25% in length during the first wash.

This is not ok. Why isn’t there an outcry about THIS? It’s a public nuisance. Somebody should be in jail or at least fined for this. I demand justice!

Why do they even bother putting the liar liar pants on fire label on them that says, “This garment has been pre-shrunk.” if it hasn’t really? That’s false advertising. Also, A LIE.

It was all fine and dandy... 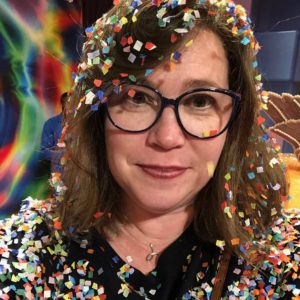 New hoops in the shop... including the Obama Famil

Kamala! And today’s stitch is obviously a 46! #

Ate the last cheese in the Countdown to Inaugurati

I’ve got a few more kits available. It’s not t

Day 1. Fireworks went off until the wee hours. I l

As far as my #366DaysofStitches hoop is concerned,

A million years ago, on DaveFM or 99X in Atlanta,

For Christmas, we learned how to make a 14 layer c

Half price cheese advent calendar. Countdown is on

Masked Christmas Eve at home. Just the two of us.

My gifts to myself arrived from @pewpewlasercraft